Finding a true Home on High 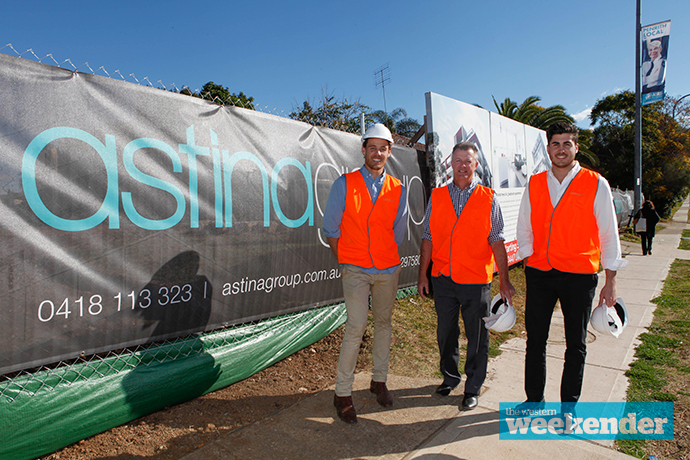 Construction on Penrith’s latest set of apartments is almost ready to begin, as local companies band together to make it happen.

Located at the top of High Street, Home on High offers two and three bedroom units that overlook the Blue Mountains and Penrith’s growing CBD.

“It’s two local building companies that have come together, which I haven’t come across before,” Mr Latty said.

The project is a partnership between Devcon Partners and Astina Group, who are both long term builders in the Penrith area that employ local people, trades and suppliers.

As banks tighten their policies, it’s becoming more difficult for development finance to be approved.

“It’s a difficult climate out there to get finance for development at the moment,” Mr Latty said.

“There’s a lot of talk about units being approved, but there’s not many starting construction.

“If you look around, there’s about 12 cranes on the horizon, but they’re all well into development. This is the next phase of building.”

Thomas Schrumpf of Astina Group said that it’s no surprise that it’s the “local boys delivering the goods”.

“Local buyers, local investors, local tradies. The biggest thing is having a track record of delivering projects. We’re delivering where others can’t.”

Through this project Mr Latty has seen the nature of what people want from a home change, many now opting for a secure block.

“The majority of buyers are local business owners or families,” Mr Latty said.

“There’s actually quite a few of them who have bought as an investment in the short term but to move into once the kids leave the house.

“There’s a couple of buyers who said they would never buy a unit, in fact they were emphatic about that, but when they looked at the project and realised what was on offer, they changed their mind.

“We’ve definitely seen a change in what people consider a home.”

For more information on the project, which is now 75 per cent sold, visit www.homeonhigh.com.au.